It was a busy weekend for the band, with our players involved in a number of Christmas-themed events in our local community and at the South Australia Museum.

An appreciative crowd was wowed by the sounds of the band as they played a range of movie classics and more recent titles such as the theme from Batman and The Incredibles. Soprano cornet player John Nicolson was thrilling as soloist in Live & Let Die. Many thanks to the City of Norwood, Payneham & St Peter's for inviting us to perform, and for their ongoing support of the band. 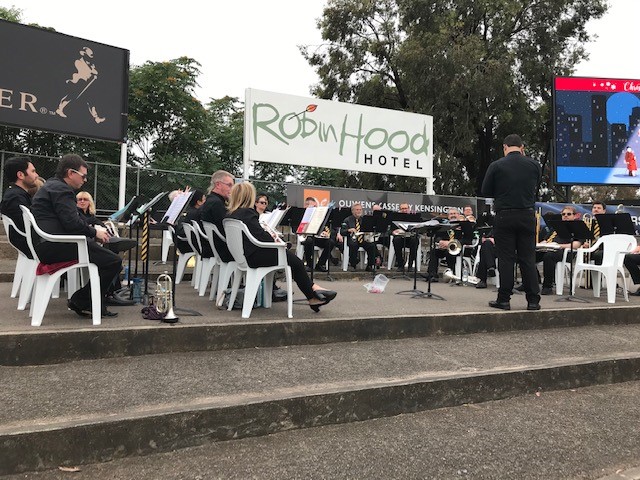 Next up was the band's end of year Presentation and celebration, where long-serving player David Mounsey was awarded the Phil Couchman Bandsperson of the year award for 2020. Immediate past president Sean Venning highlighted David's commitment to playing excellence and his support in the administration of the band over a number of years in presenting the award on Saturday night. 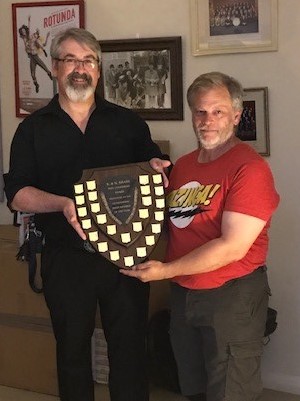 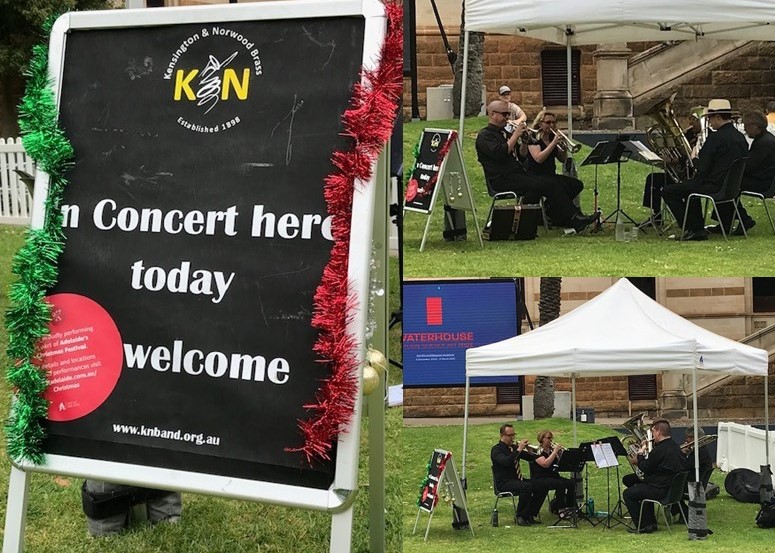 Merry Christmas to all from K&N and we look forward to seeing you for the Fringe in early 2021!